How infants benefit from a bilingual home 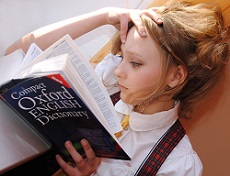 The jury is still out on the long lasting effects of learning two languages in the home.

People have credited the so-called bilingual advantage with providing a variety of long-term cognitive benefits, although some studies question whether the advantage exists at all. Meanwhile, researchers have observed some of the alleged benefits of bilingualism in preverbal children.

Based on the findings of their new study, they have concluded that living in a bilingual home helps children develop greater flexibility in acquiring new information, even before they learn to speak at all.

The study, from Anglia Ruskin University (ARU) in Cambridge, United Kingdom, appears in the journal Royal Society Open Science. The hypothesis under investigation is whether the more complex linguistic environment in a bilingual home prompts an infant to develop the ability to switch their attention more rapidly between different stimuli.

Dean D’Souza, who is a senior lecturer in psychology at ARU, is the lead author of the study. D’Souza and colleagues write:

The researchers analyzed eye tracking data from 102 infants between the ages of 7 and 9 months. Half of the infants were from bilingual homes. The researchers considered a home bilingual if the child was exposed to two or more languages daily and heard their first language no more than 75% of the time. The other 51 infants served as a control group.The researchers showed each infant a series of pictures and observed their target of attention using a Tobii Pro TX300 remote eye tracker and a camera.

What the researchers found

The results of the image tests showed that infants from bilingual homes switched focus more often than those in the control group, suggesting that their home environment had caused them to become more adept at handling rapidly changing stimuli. The study also found that these children were significantly faster than the control group at letting go of one image and refocusing on a new one.

“Is mere exposure to bilingual environments enough? We suggest that it is,” conclude the study authors. Not only that, they say, but also “because the infants had not yet begun to speak, it tells us that mere exposure to a second language is sufficient to observe a difference.”

Autor: Robby Berman   Quelle: Medical News Today, 6th March 2020
"Going International promotes access to education and training for all regardless of social, geographic and national borders."
Weitere News
Agriculture: Rooted in Racism
The Foundation to Build Back Better: Education
Q&A: Sexual Violence Survivors and their Access to Care Should not Be Forgotten
Digital health: guardian angel or 'Big Brother'?
Restoring radiology to the 'new normal' after COVID-19
Is our food system destroying our health?
Stanford Medicine study details molecular effects of exercise
Why precision medicine won’t transform healthcare – but governance could
COVID-19 related podcasts just released from top research fields of the Lancet
Johns Hopkins University_COVID-19 - Live map shows spread of the virus
New WHO courses for COVID-19 available
What Covid-19 Is Teaching Us about Inequality and the Sustainability of Our Health Systems
Coronavirus Makes Inequality a Public Health Issue
A ‘Cure’ for Ebola but Will it Stop the Outbreak if People Won’t Get Treatment?
The Role of Women’s Organisations in Crisis-Settings
CRA shortage is worsening while demand grows – a vicious circle which opens masses of job opportunities
Why Doctors Hate Their Computers
Junior hospital doctors
90–90–90 Treatment for All
Incident Management System
Incident Management System
An Economy for the 99%
European Virus Archive goes global
Establishing a Global Vaccine-Development Fund