Estrogen Patch a Boon for Schizophrenia in Women? 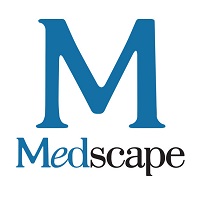 The study, a randomized controlled trial, replicates previous research but also extends it. The beneficial effect of the patch was especially evident in women older than 38 years.

"Pharmaceutical companies have put a lot of money into compounds which look very promising early on but later didn't pan out. Psychiatry is full of these promising discoveries and new hope for patients, which make a lot of noise and then disappear," said Weiser.

These new study findings "are for real," he added.

However, at least one expert had concerns about the study results, including the magnitude of improvement.

The study was published online July 31 in JAMA Psychiatry.

You can find the whole article on the website.

Autor: Pauline Anderson, 14th August 2019   Quelle: Medscape
"Going International promotes access to education and training for all regardless of social, geographic and national borders."
Weitere News
Coronavirus could create a lockdown generation in Latin America if governments don’t act
Fake Vaccines, Medicines, and Other Medical Products Can Kill You, Says World Academics Network
How the Pandemic Defeated America
Future of Education Is Here
Three Ways Forward in a Post Covid-19 World
Gender-sensitive Workplace Health Promotion: Why It Is Important and How It Can Be Implemented in Practice
Traditional medicine and contemporary health systems: a symbiotic relationship
Beyond a Moment — Reckoning with Our History and Embracing Antiracism in Medicine
COVID-19: the worst may be yet to come
WHO: access to HIV medicines severely impacted by COVID-19 as AIDS response stalls
Medicine shortages in the EU: causes and solutions
Young University Rankings 2020
Digital health: guardian angel or 'Big Brother'?
Coronavirus Makes Inequality a Public Health Issue
A ‘Cure’ for Ebola but Will it Stop the Outbreak if People Won’t Get Treatment?
The Role of Women’s Organisations in Crisis-Settings
Drug-resistant malaria is spreading across Southeast Asia, study warns
CRA shortage is worsening while demand grows – a vicious circle which opens masses of job opportunities
Why Doctors Hate Their Computers
Junior hospital doctors
90–90–90 Treatment for All
Incident Management System
Incident Management System
An Economy for the 99%
European Virus Archive goes global
Establishing a Global Vaccine-Development Fund