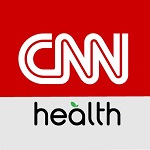 The reports were published Monday in The Lancet, warning that a multi-drug-resistant strain had evolved and was spreading across Thailand, Cambodia, Laos, and Vietnam.

The new findings come as countries and health experts struggle to fight the parasitic disease. There have been some successes -- Algeria and Argentina were declared malaria-free in May -- but in other places, cases have been rising significantly.

The evolution of the resistant strains in Southeast Asia has had "disastrous consequences," researchers said -- they have rendered a widely-used drug essentially ineffective, leading to treatment failures at "alarmingly high rates."

The original strain of resistant malaria first spread across western Cambodia in 2008. Since then, it has evolved and mutated into several new subgroups of resistant parasites, said the studies, which were conducted by several institutes including the Wellcome Sanger Institute and the University of Oxford.

The speed at which the subgroups have spread to neighboring countries suggest "enhanced fitness" and "an increased survival advantage," said the researchers, who urged countries to stop using DHA-PPQ.

"This highly successful resistant parasite strain is capable of invading new territories and acquiring new genetic properties, raising the terrifying prospect that it could spread to Africa where most malaria cases occur, as resistance to chloroquine did in the 1980s, contributing to millions of deaths," said Olivo Miotto, a researcher from the University of Oxford and the Wellcome Sanger Institute, in the statement.

Now that the DHA-PPQ drug is failing, countries need to adopt alternative treatments and speed up elimination of the resistant strains before they spread globally, his team warned.

Autor: Jessie Yeung, 23rd July 2019   Quelle: CNN Health
"Going International promotes access to education and training for all regardless of social, geographic and national borders."
Weitere News
Traditional medicine and contemporary health systems: a symbiotic relationship
Beyond a Moment — Reckoning with Our History and Embracing Antiracism in Medicine
COVID-19: the worst may be yet to come
COVID-19 related podcasts just released from top research fields of the Lancet
WHO: access to HIV medicines severely impacted by COVID-19 as AIDS response stalls
Medicine shortages in the EU: causes and solutions
Young University Rankings 2020
Agriculture: Rooted in Racism
The Foundation to Build Back Better: Education
Q&A: Sexual Violence Survivors and their Access to Care Should not Be Forgotten
Digital health: guardian angel or 'Big Brother'?
Restoring radiology to the 'new normal' after COVID-19
Why precision medicine won’t transform healthcare – but governance could
Why precision medicine won’t transform healthcare – but governance could
Coronavirus Makes Inequality a Public Health Issue
A ‘Cure’ for Ebola but Will it Stop the Outbreak if People Won’t Get Treatment?
The Role of Women’s Organisations in Crisis-Settings
CRA shortage is worsening while demand grows – a vicious circle which opens masses of job opportunities
Why Doctors Hate Their Computers
Junior hospital doctors
90–90–90 Treatment for All
Incident Management System
Incident Management System
An Economy for the 99%
European Virus Archive goes global
Establishing a Global Vaccine-Development Fund