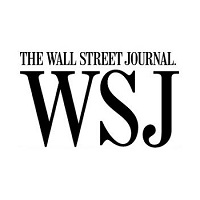 When a doctor in southeastern Pakistan sounded alarm bells in April about children mysteriously testing positive for HIV, health officials decided to offer screening to his entire town. What they found, the World Health Organization said, was unprecedented.

Over six weeks of testing, more than 600 children in the town, most of them between 2 and 5 years old, tested positive for the virus that causes AIDS, while nearly all their parents tested negative. Authorities have begun screening people in nearby towns, and the number of cases is expected to rise.

Before the tests, just over 1,000 children were registered as HIV positive in the entire country, the WHO said. Those earlier cases were a mix of mother-child transmission and blood transfusions and many involved high-risk groups such as the children of sex workers.

A WHO-led delegation is investigating the cause of the outbreak in the town of 330,000 people and expected to present its findings on Friday. “We cannot say for sure what caused it,” said Maryam Yunus, a WHO spokeswoman in Pakistan.

ice last month arrested a local pediatrician, Muzaffar Ghangro, and said the virus spread when his clinic in Ratodero reused infected syringes. Dr. Ghangro, one of few licensed physicians in the town, has been charged with unintentionally causing deaths, said his lawyer, who said his client isn’t guilty.

Organizations that are part of the WHO-led delegation expressed doubt that a single doctor could be responsible for all the newly discovered cases. The crisis, they said, exposes Pakistan’s weak health-care system and raises questions about how widespread the problem could be.

Read more about this problem here.

Autor: Preetika Rana, 9th June 2019, 5:30 a.m. ET   Quelle: The Wall Street Journal
"Going International promotes access to education and training for all regardless of social, geographic and national borders."
Weitere News
Johns Hopkins University_COVID-19 - Live map shows spread of the virus
New WHO courses for COVID-19 available
International Nurses Day: Nurses deserve praise, thanks, protection amid COVID-19
Will 2020 Be the Year That Medicine Was Saved?
'I feel fear and guilt': an NHS junior doctor on the effect of getting Covid-19
Coronavirus distancing may need to continue until 2022, say experts
What Covid-19 Is Teaching Us about Inequality and the Sustainability of Our Health Systems
Africa's Leaders Forced to Confront Healthcare Systems they Neglected for Years
Coronavirus Makes Inequality a Public Health Issue
APHA Opposes Trump Move to Cut Essential Who Funding
Earth Day 2020
‘Social recession’: how isolation can affect physical and mental health
Doctors Fear Bringing Coronavirus Home: ‘I Am Sort of a Pariah in My Family
How To Support People In Health Care Working During Coronavirus
Health officials warn US government does not have enough stockpiled medical equipment to deal with coronavirus
How infants benefit from a bilingual home
Human Trafficking – It Came Disguised as the Opportunity of a Lifetime
Studies Yield ‘Impressive’ Results in Fight Against Cystic Fibrosis
Study finds functional medicine model is associated with improvements in health-related QOL
NHS treating 5,000 diabetics a day as one in 10 patients now suffer with illness, figures reveal
A ‘Cure’ for Ebola but Will it Stop the Outbreak if People Won’t Get Treatment?
The Role of Women’s Organisations in Crisis-Settings
CRA shortage is worsening while demand grows – a vicious circle which opens masses of job opportunities
Why Doctors Hate Their Computers
Junior hospital doctors
90–90–90 Treatment for All
Incident Management System
Incident Management System
An Economy for the 99%
European Virus Archive goes global
Establishing a Global Vaccine-Development Fund