During the influenza transmission season ECDC and the WHO Regional Office for Europe jointly reports on the influenza situation in the wider European region which covers the 53 countries of the WHO European Region (including the EU/EEA Member States).
Di più...

Stagnant water and inadequate sanitation facilities - diseases are rampant
Although flood waters have continued to recede in many flood-affected areas across Pakistan in recent weeks, around eight million people need essential health assistance, the World Health Organization (WHO) said on Tuesday.
Di più...

A Randomised Clinical Trial Tests the Benefits of Colonoscopies

The COVID-19 pandemic has directed worldwide focus towards mRNA-based vaccines. Indeed, the foundation for the rapid COVID-19 vaccine development and production was based on years of research exploring mRNA vaccines as a therapeutic strategy against cancer in preclinical and clinical trials. mRNA brings several benefits to a vaccine setting.
Di più...

Annexation of a State’s Territory is a Violation of the Charter & International Law, Warns UN Chief

The Kremlin has announced that a ceremony will take place Friday in Moscow that will launch a process of annexation of the Ukrainian regions of Donetsk, Luhansk, Kherson and Zaporizhzhia. " In this moment of peril, I must underscore my duty as Secretary-General to uphold the Charter of the United Nations."
Di più...

Paying the Price of War

The world economy is paying a high price for Russia’s unprovoked, unjustifiable and illegal war of aggression against Ukraine. With the impacts of the COVID-19 pandemic still lingering, the war is dragging down growth and putting additional upward pressure on prices, above all for food and energy. Global GDP stagnated in the second quarter of 2022 and output declined in the G20 economies. High inflation is persisting for longer than expected. In many economies, inflation in the first half of 2022 was at its highest since the 1980s. With recent indicators taking a turn for the worse, the global economic outlook has darkened.
Di più...

In chronic heart failure, the heart is unable to pump blood around the body as efficiently as it should. This allows waste products to accumulate, resulting in symptoms such as lung congestion, fluid buildup, edema, fluid retention, fatigue, dizziness, and irregular or rapid heartbeats.
Di più...

There are three important ways forward in addressing the pandemic and its impacts on health and wellbeing in the years to come.
Di più...

Gender-sensitive Workplace Health Promotion: Why It Is Important and How It Can Be Implemented in Practice

Sex and gender are important determinants of health, but we often lack criteria for effective gender-sensitive work place health promotion. A team at the Austrian Health Promotion Fund are working to overcome these challenges. They have developed 17 criteria and a 62-point checklist for workplace health promotion initiatives.
Di più...

COVID-19: the worst may be yet to come

As much of western Europe begins to ease countrywide lockdowns, globally the pandemic may still be in its infancy, with more than 160 000 new cases reported each day since June 25. Individual countries count cases differently, so direct comparisons are difficult, but the numbers illustrate a worrying pattern. At a subnational level the picture is nuanced, with local hotspots, but at a country level the picture is clear—the world is facing a worsening multipolar pandemic.
Di più...

Medicine shortages in the EU: causes and solutions

Find out why there is a shortage of medicines, the impact of the coronavirus pandemic and how Parliament wants to improve the situation
Di più...

“It may seem like a ridiculous idea but the only way to fight the plague is with decency.” – Dr Rieux in Albert Camus’s 1947 novel, The Plague.
Di più...

In the first retrospective cohort study of the functional medicine model, Cleveland Clinic researchers found that functional medicine was associated with improvements in health-related quality of life. The study was published in the Journal of the American Medical Association Network Open.
Di più...

NHS treating 5,000 diabetics a day as one in 10 patients now suffer with illness, figures reveal

Hospitals are being deluged by 5,000 type 2 diabetics a day, new figures reveal as one in 10 patients are now suffering from a form of the illness linked to being overweight and inactive. More than 1.7million people with type 2 diabetes were admitted to hospitals last year, costing the NHS an estimated £22million a day.
Di più...

A ‘Cure’ for Ebola but Will it Stop the Outbreak if People Won’t Get Treatment?

While people in the Democratic Republic of Congo (DRC) are slowly being made aware that scientists have discovered two drugs that are effective in treating Ebola, letting go of the fear and anxiety that has prevailed across the country this year will require more work.
Di più...

“Civilians continue to pay the highest price” arising from Ukraine’s on-going conflict with separatist rebels in the east, the UN Deputy Emergency Relief Coordinator told the Security Council on Tuesday, a conflict which is still claiming lives.

Why Doctors Hate Their Computers

Digitization promises to make medical care easier and more efficient. But are screens coming between doctors and patients?
On a sunny afternoon in May, 2015, I joined a dozen other surgeons at a downtown Boston office building to begin sixteen hours of mandatory computer training.
Di più...

California, Massachusetts, Maine, and Nevada became the latest states to legalize recreational marijuana, bringing to 28 the number of states that have okayed the drug for medicinal use, recreational use, or both ... What do we know about the health impacts of marijuana, and what do we still need to learn?

Since 2011, human immunodeficiency virus (HIV) incidence appears unchanged in the European Union/European Economic Area with between 29,000 and 33,000 new cases reported annually up to 2015.
Di più...

Typhoid Fever: A Race Against Time

Salmonella uses immune cells, the Biozentrum of the University of Basel
The life-threatening disease typhoid fever results from the ongoing battle between the bacterial pathogen Salmonella and the immune cells of the body. Prof. Dirk Bumann's research group at the Biozentrum of the University of Basel has now uncovered how the typhoid pathogen repeatedly manages to evade the host's immune system. Their findings are published in the scientific journal Cell Host & Microbe
Di più...

The need for training in clinical research

Clinical studies provide key support for the implementation or rejection of novel medical interventions by regulating authorities and serve as the basis for the practice of medicine for most medical professionals. Over the last decades...
Di più (PDF)...

Every country in the world needs an accessible, effective and affordable system of personal health services. Competent organisations must offer preventive, curative and rehabilitative services of an appropriate quality and meet the needs of the population for social and nursing care whenever sufficient family or social resources are lacking...
Di più (PDF)...

Management for Non-Profit and Non-Governmental Organisations

Non-profit organisations have been slightly sneered at, especially by economists, until the early nineties. On the other side board members and co-workers of NGO’s did not see why they should suddenly act according to mostly economic aspects. This whole image has changed quite dramatically during the...
Di più (PDF)...

Pediatric care and the problems of nutritional deficiencies

Infants, children and adolescents constitute a majority of the population of low-income countries. Rarely, this difference to the populations of Western Europe and North America is taken into account when “tropical” diseases are described. In fact, malaria is mainly a disease...
Di più (PDF)...

"The problem is well known: money is short and cost-cutting strategies are about to be implemented virtually everywhere. The situation of worsening working conditions has led to an emigration of German doctors. As a result there is currently a shortage of doctors in this country, which attracts people from other countries to work in Germany."
Di più (PDF)...

Junior Doctor for a Year in Rwanda

"Contrary to expectations, it was not specific sad cases that upset me, but the sheer number of these. It was only when I was back in Germany that I realised just how much I still had to process in my mind."
Di più (PDF)...

his is probably the easiest question for me to answer. Ever since I started medical school, I knew I wanted to go to America. I’ve always dreamed big and America is THE country if you have big dreams and goals. It’s the country where dreams come true, right? Or at least that’s what they say.
Di più...

"Junior house officers are generally given a very high level of responsibility. In addition to working on the wards, where junior house officers may do the rounds alone two days a weeks, they are often scheduled to work in the medical, surgical or orthopaedic A&E department."
Di più (PDF)...

The Program gives you the valuable opportunity to study at one of the Ivy-League Universities, which is ranked at the very top of all medical schools. You become a part of the medical educational system of the United States for 3 months. It shows you the effectively structured American approach to teaching and ended up being a great learning experience in my life as a medical student.
Di più... Di più (PDF)...

Waking up every morning with a beautiful sunrise over the green mountains has been a dream come true for me. Every morning, I appreciate the marvelous view from my window on the mountains of Thaba-Tseka (Lesotho). One can observe the fascinating play of the sun and the shadow above the mountains. The weather can change fast and in the next moment there could be rain so that the mountains become dark and mysterious.
Di più... Di più (PDF)...

First of all, let me start with a quote by Virginia Woolf: “To walk alone in London is the greatest rest”. In order to experience working in London and to get to know the British health care system, I decided to do a one-month elective in the Accident & Emergency sector during my fourth year.
Di più... Di più (PDF)...

"It is technically a well equipped hospital employing high standard staff from across the globe, with four theatres inclusive a day care unit. An added asset is its sea side location, offering staff and patients breathtaking views."
Di più (PDF)...

"Working in an HIV Day Hospital the majority of our patients are HIV positive, ranging from HIV-stage I to IV. Next to the Day Hospital is a common Health Centre where we also help the local staff in treating different kinds of infectious diseases, esp. Malaria."
Di più (PDF)...

"The working hours are flexible, but are generally divided into two and a half hour morning and evening sessions, in which you see people for 10-minute appointments; in between, you have a lunch break (in theory), do telephone consultations, make home visits, write letters, and deal with anything else that crops up."
Di più (PDF)... 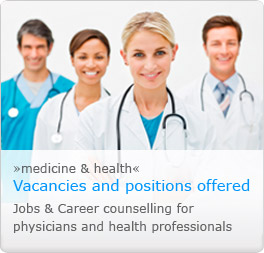 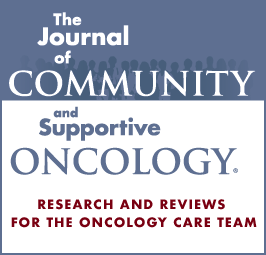