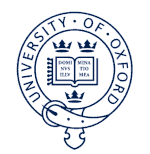 When disasters such as earthquakes happen, governments and humanitarian organisations need to rapidly allocate aid resources to facilitate recovery, minimise the number of people displaced and reduce the long-term effects. This is a complex task that needs be undertaken in a very short space of time, with potentially serious consequences if not done well.

Being able to predict more accurately where people go in the wake of a disaster could be transformative for disaster management: it allows those coordinating the response to ensure shelters are placed in the best locations for the right number of people.

Researchers at Department of Statistics, University of Oxford, in collaboration with the Internal Displacement Monitoring Centre (IDMC), have developed an open source software package to estimate displaced populations post-disaster, currently with a focus on earthquakes and cyclones. The software tool has been developed by Dr Hamish Patten and Prof David Steinsaltz, who form part of the department’s bio-demography group. The project, funded by the Engineering and Physical Sciences Research Council Impact Acceleration Account (EPSRC-IAA) grant, has recently been published with the Global Report on Internal Displacement (GRID) 2021.

In a comparison of predictions against past displacement figures for over one-hundred earthquakes in 38 different countries around the world, the tool accurately predicted the total displaced population at least ten times more accurately than world leading risk models produced by the United States Geological Survey (USGS) and the Global Disaster Alerting Coordination System (GDACS). The predictions have also enabled a mapping of how the displaced population is expected to be spatially distributed, which can be used to identify displacement ‘hotspots’ in order to allocate resources more effectively.

Quelle: The Oxford Science Blog (12.7.2021)
"Going International fomenta el acceso a la educación y a la formación continua independientemente de fronteras sociales, geográficas y nacionales."
Weitere News
Chile: where action on hypertension is saving lives
World failing to address dementia challenge
World failing to address dementia challenge
Hospital telehealth leveling off at one-fifth of medical appointments, research finds
Locusts swarm into South Sudan as plague spreads
France to Offer Free Contraception for Women Up to 25
Three Ways Forward in a Post Covid-19 World
Gender-sensitive Workplace Health Promotion: Why It Is Important and How It Can Be Implemented in Practice
COVID-19: the worst may be yet to come
Medicine shortages in the EU: causes and solutions
Coronavirus Makes Inequality a Public Health Issue
Study finds functional medicine model is associated with improvements in health-related QOL
NHS treating 5,000 diabetics a day as one in 10 patients now suffer with illness, figures reveal
A ‘Cure’ for Ebola but Will it Stop the Outbreak if People Won’t Get Treatment?
Why Doctors Hate Their Computers
90–90–90 Treatment for All
Incident Management System
Depression: A Global Public Health Concern
Estimating HIV incidence and number of undiagnosed individuals living with HIV in the European Union/European Economic Area, 2015
Establishing a Global Vaccine-Development Fund
Maternidad en la niñez